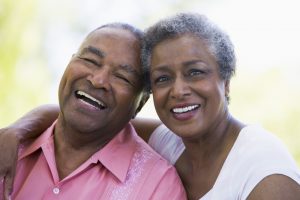 A new study conducted by researchers at several major universities and published in the medical journal Science Advances has revealed that bacteria have the ability to release toxins that can make their way into the bloodstream and into the brain. Worse yet, these toxins could be responsible for the development of Alzheimer’s disease.

With over 700 different species of bacteria colonizing in our mouths, it’s actually quite impressive that only about 24 of them can cause problems throughout the rest of the body – but those problems are big problems, says Dr. Allison Lesko, a dentist from Fort Collins, Colorado.

It all starts when those nasty bacteria that hang out in our mouths get swallowed or pulled into our bloodstream.

“Your teeth and gums are supposed to stop the bacteria from leaving your mouth, but if you have inflammation or gingival pockets due to receding gums, these create easy entrance points for these bacteria to enter the bloodstream and cause damage in the body,” says Lesko.

One of the worst offenders is bacteria known as Porphyromonas gingivalis, or p. gingivalis for short. P gingivalis is not only dangerous in its own right, but it also has the power to change good bacteria into bad bacteria, which is very bad news for your body. In fact, p. gingivalis has been found to cause everything from pneumonia to heart disease and even esophageal cancer. Now, it’s also being linked to Alzheimer’s disease.

Thankfully, now that a link between p. gingivalis and Alzheimer’s has been established, researchers can set to work determining what – if anything – can be done to sever the link and hopefully treat Alzheimer’s disease. One such attempt at severing this link is treatment with a drug called COR388. This experimental drug has been found to eradicate p. gingivalis proteins called gingipains, which have been found in excess in the brains of Alzheimer’s patients postmortem.

In the meantime, Lesko says your best weapon against Alzheimer’s disease, gingipains and p. gingivalis bacteria are the same thing: one simple step that many Americans admit to not doing regularly enough.

“Brushing your teeth,” says Lesko. “That’s the key to preventing a lot of this.”

Lesko says brushing twice a day for two-minute intervals and flossing at least one time per day can help ward off not just cavities and bad breath, but also periodontal disease and the entrance of bacteria into the bloodstream and brain.

Researchers are quick to note that not all cases of Alzheimer’s disease appear to be caused by p. gingivalis bacteria, so treatments like COR388 may not be the answer for everyone. But Lesko is optimistic that with improved oral health initiatives, we may see a reduction in Alzheimer’s cases in the future.